What does being British mean?

What it means to be British is an interesting question. At its most fundamental, I suppose it means you were born here, have British parents, or have lived here long enough to call our green and pleasant land, home.

What it means to be proud to be British is a different question all together. When I say I am proud of my national heritage, I mean that I am proud to live in a country that is working towards equality and where I grew up believing I could be anything I wanted to be.

I’m proud that I live in a country that is full of people of different colours, beliefs and abilities. Where people live in homes built of brick and all children go to school. Where we have a national health service and a welfare state to protect the most vulnerable and support people in their time of need.

National identity has become a hot topic in the last week, since Drummer Lee Rigby was killed in Woolwich. His tragic murder has been described as a terror attack. In his name, the English Defence League has marched, attempting to spread its own brand of hatred. In his name, people across the country have been declaring their national pride. Their pride to be British.

But Lee Rigby was not killed by foreigners coming here to bent on terror. He was killed by local men, probably by men with fairly severe mental health issues. Certainly by men whose sense of right and wrong had been dramatically altered.

The EDL has declared war on Islam, but the Muslim community has been just as quick to condemn the attacks as anyone else. The number of people who think the murder of Lee Rigby was a good thing is miniscule. A handful of fundamentalists.

Yet the political capital right wing groups are attempting to gain from this awful crime is dramatically out of proportion. And the media coverage and political rhetoric isn’t helping.

Treat the men who murdered Drummer Lee Rigby as murderers by all means, but describing them as terrorists and part of a much bigger problem gives the murderers a status they don’t deserve and gives their supporters heroes to worship and, more worryingly, attempt to emulate.

My sympathies are with Lee Rigby’s family and colleagues, as they are whenever a family or a community loses a loved one.

This article first appeared in the District Post on 31 May 2013.

Our membership of the EU is essential for the UK environment

It never ceases to amaze me just how big an issue our membership of the European Union is to some people. It’s one issue that tears the Conservative party apart time and time again and gets some people so agitated they voted for UKIP.

I can understand that the stuff about how curved a banana can be is all a bit of a nonsense, but it’s really just a diversion.

I worked at the Environment Agency for seven years and saw with my own eyes the difference EU legislation and targets made to our environment. Weekly testing of bathing water quality against tough cleanliness targets, close working with businesses to get them to clean up their acts, close working with farmers to reduce the use of pesticides and insecticides so fewer toxic chemicals end up in rivers.

While I was there, we saw rare species like otters, water voles and trout returning to rivers that were previously too dirty to sustain life. We completed projects to restore natural environments, improving not only the appeal of the green space, but also the habitats for wildlife and reducing flood risk. We saw record numbers of blue flag beaches around the country.

All of this is a direct result of EU legislation. And no, we wouldn’t have got there without a strong push from the EU. A paper published by Friends of the Earth this week and written by Dr Charlotte Burns from the Environment Department at the University of York found that:

“It is without doubt the case that in the field of environmental policy the EU plays a major role in shaping domestic legislation.”

It goes on to say:

“Even contemplating leaving the European Union is an astounding piece of political folly: EU membership has led to a cleaner and healthier UK environment; and provided the business community with the opportunity to shape regulation at the European level and to pursue the competitive advantages that progressive environmental policies afford.”

And don’t tell me that it’s just the environment, because it’s much more than that. It’s our quality of life, our health, our leisure time, our jobs, our home.

First published in The District Post and on www.thedistrictpost.co.uk on Friday  17 May, 2013.

We all knew Thatcher’s death was coming. She was 87 years old and had been suffering ill health for a long time. The extended obituaries are evidence enough that major media outlets had been planning for this for ages.

Tributes poured in from politicians from across the political spectrum and around the world. Apparently she was many things. I was born under Thatcher and grew up knowing (anecdotally, rather than from experience) about the damage she caused.

A lot of people have been hailing her as a feminist icon. Britain’s first and only female prime minister. Truly it’s a magnificent achievement. She smashed the ultimate glass ceiling and achieved something no British woman has achieved before or since, nor women in many other countries around the world.

But describing her as a feminist icon is misleading. In fact she is quoted as having said: “The feminists hate me, don’t they? And I don’t blame them. For I hate feminism. It is poison.” She also pronounced “I own nothing to women’s lib”, despite the fact that without the suffragette movement the first woman elected to parliament, Constance Markievicz, and the second woman to be elected to parliament and the first to take her seat in the house, Nancy Astor, would never have achieved what they did, paving the way for Thatcher and all other female MPs.

Not only did she openly despise feminism, but she did little to further the cause of women while she was in charge. In her first cabinet, she appointed only one woman, Baroness Young.  In her eleven years as Prime Minister, she appointed just 14 women in the whole of her government.

On BBC news on the day her death was announced, John Sergeant was interviewed about his memories of Thatcher. He described her as “flirty”. He said he that she loved being surrounded by men and that she didn’t really like it when other women turned up.

To be a feminist icon, Thatcher should have used her time at the top to forward the cause of women. She should have highlighted the skills and abilities of women across the country and around the world. She was perfectly placed to appoint numerous women to her cabinet and show the world the force for good women could be. To my mind – quite apart from what she did to public services and British industry – Thatcher failed women everywhere.

This item first appeared as a column in the District Post on Friday 12 April, 2013. 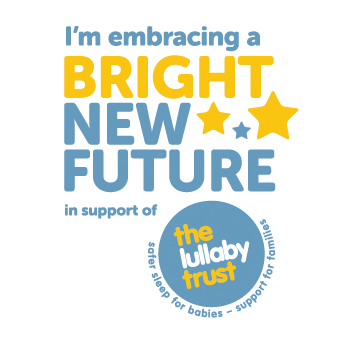 The extraordinary work of an ambitious Sussex charity

Renewable World is a tiny, Sussex-based charity with enormous ambitions. It works in remote locations around the world to fund and co-ordinate renewable energy projects that will lift people out of poverty. So far, it has enjoyed extraordinary success. END_OF_DOCUMENT_TOKEN_TO_BE_REPLACED

We DO have enough for all on the planet, IF…

Last week, 100 UK charities came together to call for an end to global hunger. The project, “IF”, is based on the premise that there is enough food in the world for everyone, so no-one should go hungry. It presents the statement “enough food for everyone IF…”. END_OF_DOCUMENT_TOKEN_TO_BE_REPLACED

Not a very happy new year for women

“New year, new you” scream the headlines. But what’s wrong with the old – or rather, the current – me? Every ad break on the telly highlights different ways of improving myself. Lose weight, find a man, find a job. END_OF_DOCUMENT_TOKEN_TO_BE_REPLACED